architecture as a device by budi pradono 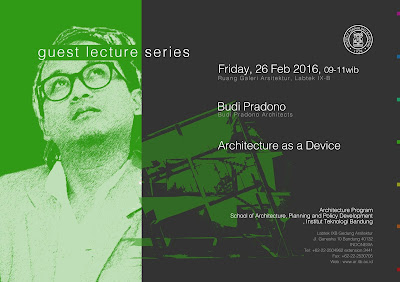 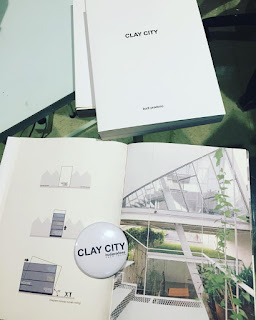 Posted by gonzo_tomato at 12:17 AM No comments: Links to this post 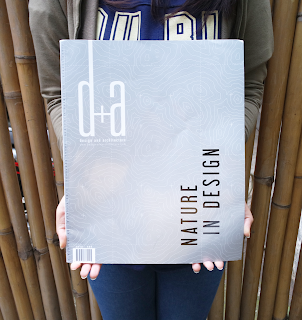 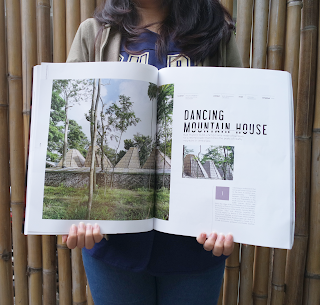 where they can view the waltzing mountains within a generous space they occasionally share with children and grandchildren returning from abroad.
‘Along with being a university educator, my client was a father figure and democratic freedom fighter during (the late Indonesian) President Suharto’s regime,’ says Pradono. ‘The couple has a collection of science and economic books that they wanted to share with the surrounding community in a sort of public library. They appreciated the bamboo structures which the community is beginning to abandon, and they wanted to learn more about this renewable material. I ended up seeking an expert in bamboo construction, as bamboo forms the main structure. I also found a village full of bamboo furniture craftsmen not far from the site. 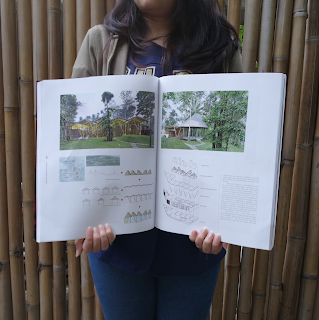 ‘The home is in a rural area and is surrounded by trees. Its shape is rather triangular, with a steeper side so the land appears wider than it actually is. The most difficult task was bringing memory into the new house. Since the owners’ children live in Berlin and Sydney as well as Timor-Leste, Yogyakarta and Jakarta, the house has to have the spirit of home. This spirit was translated into a large open space, using waste materials salvaged from their old house, such as timber window frames or teak doors. 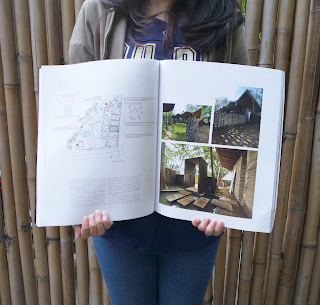 ‘In plan, the dining room became the home’s centre. For 30 years, this family relied on the dining table as the centre for all activities, as well as a knowledge generator and communication device. It was a tool to communicate creative ideas, talk about international politics or trivial matters surrounding the funny events in the village; a place to share stories, eat together, a place to learn and meet. Other programmes in the house


were arranged linearly from the dining room. The main bathroom near the home’s entry is a semi- enclosed, social space that allows for dialogue as the walls are just under 2.2 metres. It reflects our childhood in the 70s when the activity of doing laundry or bathing in the river was also a time to share many things. The side of the building towards the park was left open to represent the house’s concept of being borderless – a nod to my client’s political past.’ 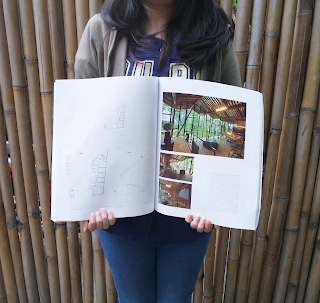 The house is laid out along the south end of the site, with public areas such as the large kitchen and dining area taking up the front portion. This is a reversal of the hierarchy found in traditional Javanese homes, where the pendana or front of


the house is where men welcomed guests and the pawon or back of the house is where women are relegated to do the cooking. Pradono’s concept echoes the peaks of the nearby mountains with bamboo roof structures that form cones above each area. The house’s structure relies on locally available materials, such as petung bamboo with diameters of 12 to 15 cms used as angled support columns. Walls are clad with glass and steel, with red brick delineating perimeters; floors are exposed concrete, chapped bamboo in bedrooms and andesit stone in bathrooms. Natural sunlight is encouraged through full-height glazing to reduce the reliance on artificial lighting, while water is heated using solar panels for hot morning showers in the chilly mountainous climate. 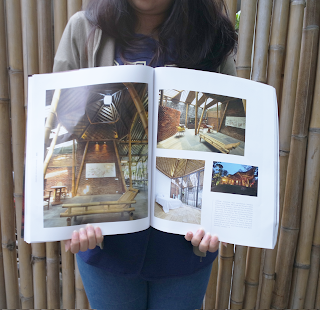 ‘The house activated the surrounding communities,’ says Pradono. ‘At the beginning of the project, I mapped the region and found many interesting materials such as bamboo, bricks, clay and stone, which were all available very close to the site. Approximately 20km away, in a village called Sekarlangit, there are many cottage industries that manufacture bamboo battens and rafters. We made the house’s rafters from petung bamboo, split into five centimeter widths and then soaked into the river for three to six months; this reduces their glucose and makes them ready for building. The owner became his own project manager, to save on costs. We also engaged the local craftsmen and the surrounding community to build together. There is an oval shaped space to one side of the house designed as a study and small library. It is open to the local community to come, read the books and learn with their children.’

Posted by extravaganza at 5:10 AM No comments: Links to this post